Dear Mark,
I inherited a dinner set from my Aunt a few years back. As well as this serving bowl we have small and large plates, soup bowls and other serving bowls, all in good condition. My mum is under the impression that the set is worth a bit of money. Can you tell me anything about them and shed any light on what they might be worth?
Sally, in Spixworth 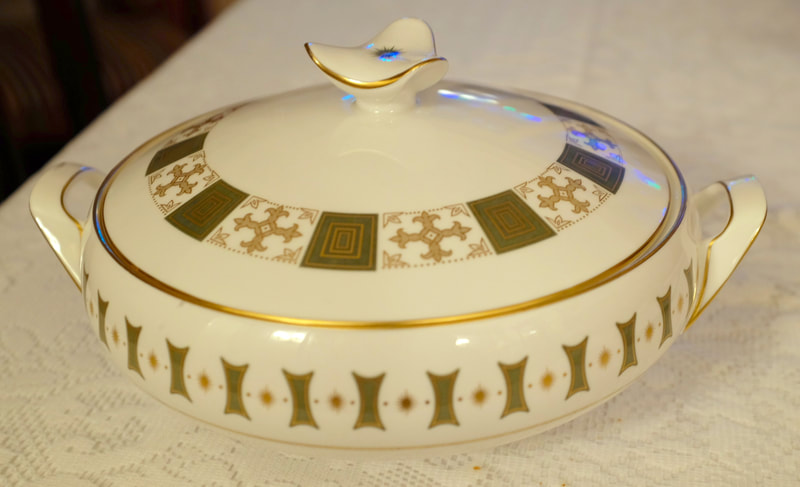 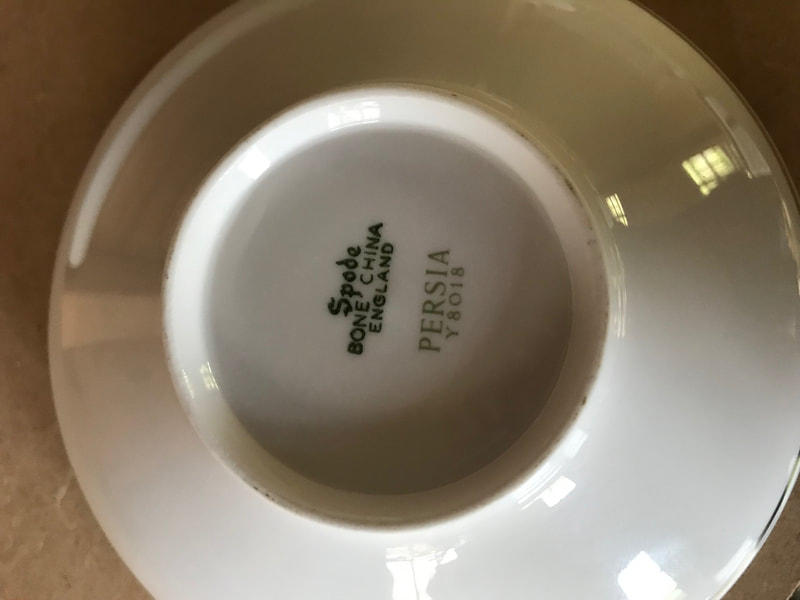 MF: "Spode's Persia pattern was introduced in 1961 and was manufactured in both green and blue colourways. It proved particularly popular throughout the Seventies and your extensive service would have been very expensive indeed. The likelihood is that the 'lidded' pieces are in the Royal College shape, designed by Royal College of Art students Neil French and David White for the A Room Of Our Own exhibition in 1958 following a concerted push by the college intended to forge stronger links between gifted student designers and industry in general.


Sadly, the 'Sunday Best' service, such a staple of British family life for generations, is today rapidly becoming a thing of the past and the younger generation in general tend to view the concept as somewhat old fashioned. This therefore obviously has a significant impact on the market value of a service such as yours. That said, the 'Modern Design' aspects of the pattern, shape and colour does make your set rather more desirable than many other examples of equally good quality.
I would suggest that if it is in excellent all round condition you may expect to achieve perhaps £250-£350 in auction with a figure of £600 to be adopted for insurance purposes"

Dear Mark,
This painting was passed down to my mother from my grandmother. I know nothing about the artist, or if this is worth anything, but I’ve always been rather fond of it. I’m told its by ‘David Mead’ as if I should know who he is?! Is it worth getting excited about?
Penny, in Bawdeswell 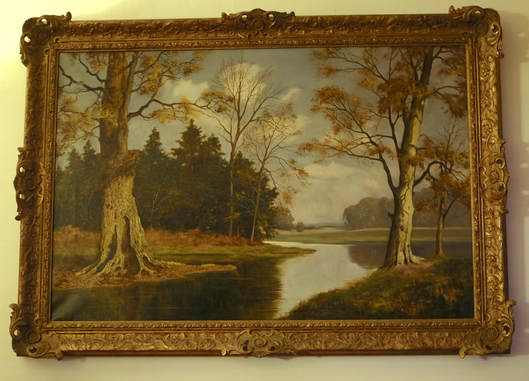 MF: "David Mead who died in 1986, is considered by many to be one of the UK's finest landscape artists of the mid-20th Century. Influenced by Constable and Corot, his sense of light and shade, like both those masters, was quite superb. However, in recent times there has been a marked decline in the popularity of traditional British landscape art and so prices attained have become rather disappointing.

If purchased from a gallery, you may expect to pay somewhere in the region of £400-£600 for a decent example of average size and perhaps double this figure for a very fine large oil, so for insurance purposes these are the sort of figures that should be adopted. In auction however his prices are currently disappointingly low with perfectly good oils not unlike yours regularly fetching less than £100." 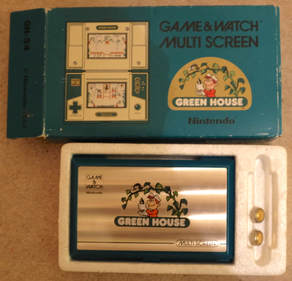 Dear Mark,
I found this Nintendo Game and Watch while I was moving house the other day from my childhood! It’s in good condition and has the original box - I’m interested to know if these kind of things would fetch any money these days?
Stuart, from Norwich

MF "Now here is an interesting one! With every last one of us now having easy access to the internet its quite understandable that we can get confused and even misled as to the true 'value' of modern collectables, simply because if you start looking at the dreaded Ebay you will see a plethora of different figures being bandied about for what are seemingly identical items!

So where do you start? Well the first thing you must understand is that when a collectable is relatively new there is a tremendous amount of hyperbole involved amongst sellers desperately trying to create a market that very often just doesn't exist yet! What I mean by this is that I could pick up say a discarded envelope from my litter bin and list it on Ebay for £99.99 and I can guarantee you that within days valuers up and down the country will be having to cope with customers bringing along used envelopes and proclaiming that they must have a value as they're on Ebay at £99.99! Now that’s admittedly something of an exaggeration but there is a lesson to be learnt here, and that is that Ebay can be a very useful barometer for prices but only if you ignore current listings and use the 'sold' filter. This way you will see what people are paying rather than often rather meaningless asking prices!

So far as modern collectables go, there is indeed a strong market but it's certainly not as widespread as internet sales sites would have you believe. With the general decline in interest in genuine antiques amongst the under 60's I'm finding more and more that the market is nostalgia fuelled and that collectors…..particularly men…..are more like to get dewy eyed or excited about an article that evokes memories of their childhood and youth, than they are about a piece of Georgian furniture, a Victorian mantel clock or a Royal Worcester vase. I am of course generalising here but this is why in recent years we have seen a marked rise in the amount of Vintage & Retro Fairs and seeing a fall in genuine Antiques Fairs.

Records, toys, clothing, technological items etc from the 60's,70's,80's and now even the 90's have rapidly become the collectables of choice amongst the young and middle aged and placed firmly within this category is your…Nintendo Game & Watch from 1982.

Now to prove my point, I'm going to cheat a little here by using Ebay as the aforementioned barometer, but this time with a touch of cynicism! Currently we can see many examples for sale with Buy It Now and 'starting' prices ranging from £43 to £601 and not a single one of them has a bid! So what's it actually worth?

Well, if we have a look at the 'sold' prices we can see that a fully working example, unboxed but in average condition will bring £40 or so and this will increase to maybe £60 in very good cosmetic order. A boxed one will be between £60 and if in near mint condition £150, but this of course is only if one or more people happen to be actively searching for one at any given time!

So to summarise, the modern collectables market is currently where it's at, but to quote Public Enemy………………..don't believe the hype!"
Dear Mark,
​Please can you put a value on my favourite album of all time, my Beach Boys Pet Sounds 12” vinyl LP.
Nigel, from Fakenham 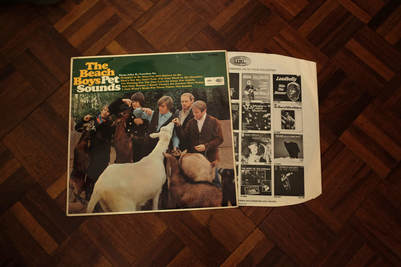 MF: "Ah, a record……..my passion! The vinyl market is one area of collectibles that is thriving.

Within the past few years the major record companies have started releasing records to a scale not seen since the 90's and we are now seeing vinyl outselling digital downloads for the first time in a good few years. More and more people are reintroducing a turntable into the household and this means that music lovers both young and old are on the lookout for rare and not so rare secondhand records. Now whilst this certainly doesn't mean that you should rush to dig out your thirty year old collection of Now That’s What I Call Music albums in anticipation of retiring to Mustique, it does mean that if in your youth you were a punk, mod, hippy, indie kid or a member of any other slightly alternative youth cult and you still own your old record collection, you may just be lucky, because when it comes to collectable vinyl, generally speaking, the subculture is where it's at……….man!

What I mean by this is that throughout history big name acts have sold A LOT of records, so to give a few examples, if we look at the 60's a standard single by The Beatles may be worth £5 whilst The Action's debut would set you back up to £80. From the 70’s, Complete Control by The Clash would be £12 or so but The Tunnelrunners Plastic Land would be a hefty £400+, and from the 80's you can readily pick up The Cure's Love Cats for £5 but if you were lucky enough to come across a copy of Apple Boutique's Love Resistance it would be price tagged at over £70.

So the idea is, don't go through your collection looking for the artists that are household names but for the ones that 'bubbled under' or better still, didn't even get close to the surface! There are of course exceptions to this rule, so if any of you happen to come across an original pressing of Liza Jane by Davie Jones who later changed his name to Bowie or a nice clean picture sleeve copy of Apples And Oranges by Pink Floyd then good luck to you!

Your Beach Boys LP sits somewhere between the two extremes. It’s a good clean UK first pressing of their most iconic release Pet Sounds and on top of that it’s the mono version that is favoured by many! I would suggest that if you were to come across this at a record fair you would expect to pay between £80 and £100.

Please note that all prices quoted above are for records in very good/excellent order."